Strauss House Productions comprises a team of associates from a range of multi media fields. Working independently of each other, as well as together, their combined talents form a highly efficient and creative team which is able to draw from a range of experiences.

We produce special features, documentaries and series for regional and network radio. 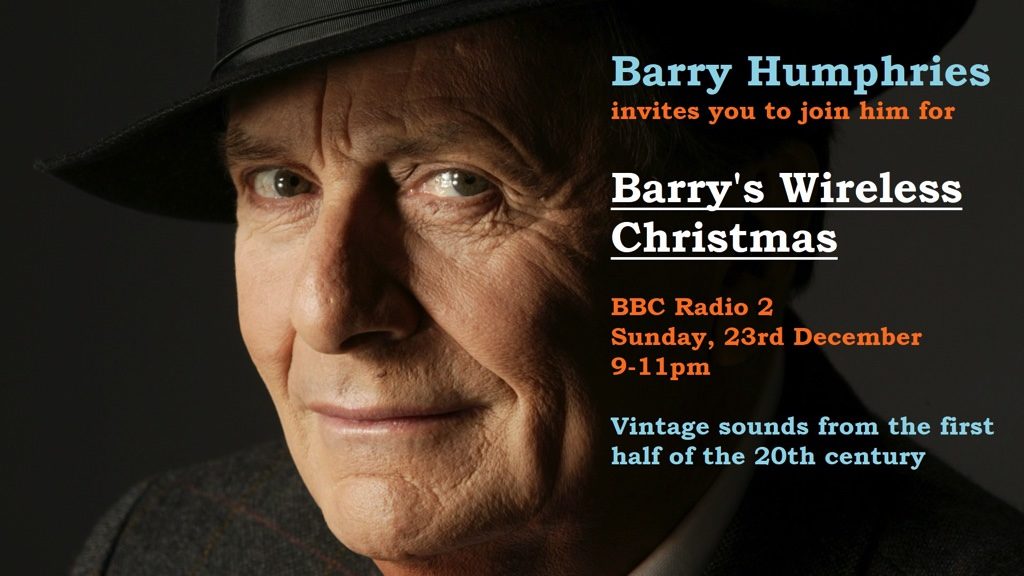 In this special 2-hour radio programme, Barry Humphries channels the Ghost of Christmas Past to transport listeners back to the age of the wireless.

Plus, there is a rare appearance from Santa Claus himself!

“I’m looking forward to once again spinning my Turntable Time Machine to transport Radio 2 listeners back to the first half of the twentieth century with a selection of my favourite festive vintage recordings. As well as reliving childhood memories, I shall be paying tribute to the earliest recording starts and celebrating the birth of radio. It was a time before Video Games, Microwaves, Skinny Lattes, Digital Watches and even Darth Vader.”

“For two-hours, I shall be doing my level best to spread joy and festive cheer, through the magic of the wireless – my very favourite twentieth century invention!”

“Listening to music from the first half of the twentieth century is what I most love to do and, sharing my favourites with the Radio 2 audience, especially at this time of year, is an added bonus.”

“I think it’s difficult today for most of us to imagine that there was a time when listening to music at home on some sort of mechanical contraption, or on the wireless, was cutting edge technology.”

“I think I must have started early on the radio, well before the age of ten. Our radio was made of substance called bakelite. It was brown and it was rather chunky in a sort of art deco style. It was a very thirties-looking-thing, perched on top of a corner table in our sitting room at home in Melbourne and when it got heated up, with the valves inside the radio, it gave off a rather interesting smell. We huddled around it all the same to listen to favourite our radio programmes, serials, children’s programmes, even sporting events, although they were of very little interest to me.”

“The wireless is my favourite thing, really. I prefer it to television, even to the theatre, because it was where I first head men, whose job it was, to make people laugh.”

“I first heard comedians on the wireless. Especially at the end of the Second World War, there were programmes intended to cheer us all up, so, there were whole programmes of British comedians. They were called comedians too and not stand ups. I rather resist the title stand up. Although I am a comedian of sorts, I think of myself as a sit-down comedian, even when I’m standing up.” 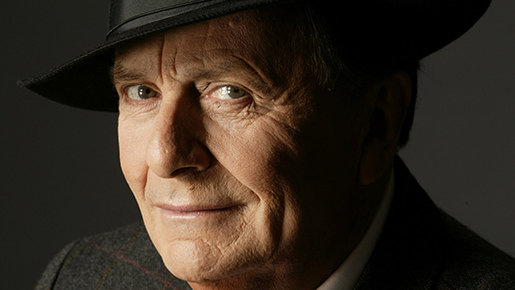 “I’m very pleased to be back on the wireless with another selection of the finest vintage recordings.  Tragically the music of my youth is rapidly moving towards the periphery of living memory, but these songs from my past and a few from the era preceding my birth are undeserving of oblivion.  Throughout this four-part series, I hope to give the songs and melodies of the first half of the twentieth century a new audience, who I hope will listening to them with pleasure, wonder and astonishment.  These tunes offer many important musical lessons for life.  Personally, I find listening to them more beneficial than drinking a kale and wheatgrass smoothie or visiting any so-called therapist.”

This is the second series of ‘Barry’s Forgotten Musical Masterpieces’, the first was named by The Telegraph as one of the top cultural highlights of 2016.  Also, Antonia Quirke in the New Statesman descried it as, “the best Radio 2 music series in the month or any for as long as I can remember.”

Barry says: “I wonder where Dame Edna is at the moment.  Is she by any chance going to be listening to this series?   To be sitting in some luxurious resort tapping her Jimi Choo to the music?    I hope she’ll be listening”.

Through his unique commentary, Barry demonstrates the songs of the past are still relevant today and offer important musical lessons for life!  Each track offers fascinating (and sometimes astounding!) snapshots of social history. Highlights include: ‘My Wife’s On a Diet’ performed by Jack Hylton and His Band with a vocal by Leslie Sarony and refers to Philip Snowden (who was Chancellor of the Exchequer in 1929 during the Wall Street Crash), Rudy Vallee’s atmospheric 1931 version of ‘Brother Can You Spare a Dime?’ is a moving tale of an American ex-solider down on his luck during the Depression, Beryl Davis with Geraldo and His Orchestra perform ‘I’m Old Fashioned’, Layton and Johnstone’s ‘I’m in the Market for You’ is packed-full of economic analogies and Dick Bentley’s song ‘Are You Having Fun?’ poses a question which is as important today as when it was written nearly 80 years ago!  Also, the American Tenor Billy Murray’s 1920 recording of ‘I’ll See You in Cuba’ is a musical time capsule. In prohibition era America, it encouraged Americas to meet up in Cuba for an alcoholic drink…

In this programme, Barry celebrates the age of the wireless and the birth of the Disc Jockey.  Christopher Stone was the first British DJ and the job title was inspired by American gossip columnist Walter Winchell, who is name-checked in the legendary song ‘The Lady is a Tramp’.  Barry also plays Noel Coward’s ground-breaking 1932 recording of ‘Mad About the Boy’, which was kept under-wraps until relatively recently because record producers were concerned it could provoke a moral backlash.  Jack Hylton and His Band perform ‘Amy Wonderful Amy’ written in honour of aviatrix Amy Johnson’s record-breaking flight from Britain to Australia in 1930…

“The musicians, singers and comedians I heard every day performing on my parents’ radio gave me such a feeling of warmth that even today, when I’m in the most unwelcoming hotel rooms or dressing rooms, certain tunes can instantly restore my equilibrium and facilitate a kind of home away from home.”

“Christopher Stone’s relaxed, conversational style was exceptional at a time when most BBC presentation was extremely formal, although he still always wore a dinner jacket and bow tie whenever he was on the air.”

In this third programme, Barry recalls his early trips to the cinema in Melbourne with his Aunty Irene and how as a child he hoped to grow up to be a magician one day.

“When I was a child growing up in Melbourne in the Australian State of Victoria in the 1930s and 40s, going to the cinema was a very special occasion.  We used to go to matinees at the Riverly, Camberwell, which was our local cinema, or the Regal, Hartwell.  They sound so English, don’t they?  I loved it and I looked forward to these cinematic events with tremendous excitement.  The curtains would rise and fall and close and open inexplicitly, and as I gazed upon the figures on the big screen, I had no idea then that I would one day also be an actor.  Of course, not one of those magnificent black and white actors that I saw on the screen.  Acting was not something anyway that I envisaged for myself as a potential future career.  As a child, I hoped I’d become a magician.  There’s a very early home movie of me performing some of my magic tricks in front of an enraptured group of my sister’s friends.  All lovely girls and now lovelier old ladies.  Of course, nothing I did worked.  I was kind of really an early Tommy Cooper.  I was a master of the failed trick.  The egg that I made vanish turned up broken on the lawn.  That sort of thing.  There was a comic strip in the Woman’s Weekly called ‘Mandrake’. It was about a man in evening dress with a little moustache and he could make his enemies disappear and that’s what I wanted to do.  I wanted to have the ability to make people disappear and quite a few boys at my school – bullies – wondered why I was gesturing at them hypnotically.  They did, I might add, refuse to vanish.”

In this final programme, Barry celebrates the music the Nazis said was bad.  It includes details on the history of Barry’s favourite group ‘The Comedian Harmonists’.  When the Nazis came to power the group was banned because it had three Jewish members and sang mostly American or American-influenced music.  Those members who fled to Austria re-named the group ‘The Comedy Harmonists’ before being forced again to flee when Austria became part of the Third Reich.   The non-Jewish members of the group stayed in Germany and became ‘Das Meistersextet’.   Barry also plays ‘So Blue’ by the American vocal harmony group ‘The Revelers’ which inspired Harry Frommermann to form ‘The Comedian Harmonists’ in Berlin.

Another highlight of this final programme in Barry’s series of forgotten music for BBC Radio 2 is a radio performance by George Gershwin, one of Barry’s all-time favourite composers.  George Gershwin died unexpectedly in July 1937, when he was just 38 years old of a brain tumour. 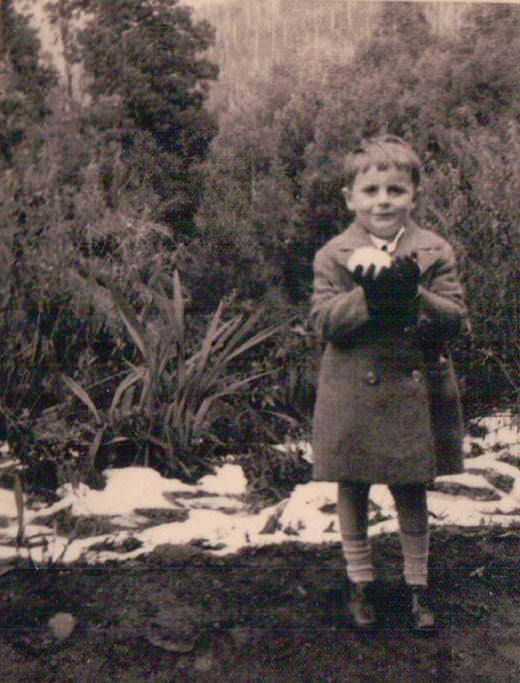 In this two-hour programme, Barry Humphries channels the Ghost of Christmas Past and uncovers a treasure-trove of rarities and long-forgotten festive recordings from bygone eras. Barry’s passion and enthusiasm for performers of the past provides the spine of this programme. As well as re-living childhood memories, he pays tribute to the earliest recording stars and celebrates the birth of radio.

Barry is particularly excited to be playing 78 r.p.m. recordings by his compatriot Billy Williams. Australian performer Billy Williams came to London in 1899, sixty years before Barry made a similar trip to further his career in 1959. Billy appeared on the bill at the first Royal Command Performance in 1912 and achieved much critical acclaim. Sadly, his fame was not to last. He became ill late in 1914 and died early in 1915. Thankfully many of Billy’s recordings survive allowing Barry to showcase a little of his talent on the radio today.

Barry also plays the rarely heard opening verse of Irving Berlin’s ‘White Christmas’ (performed by Leslie Hutchinson aka ‘Hutch’) and there are festive tracks by Gracie Fields and George Formby in memory of Barry’s Grandfather, who hailed from Lancashire and emigrated to Australia in the 1880s in the wake of the Gold Rush.

If you have any questions or want to send us a message, then get in touch. Please use the contact form and we will get back to you as soon as possible.